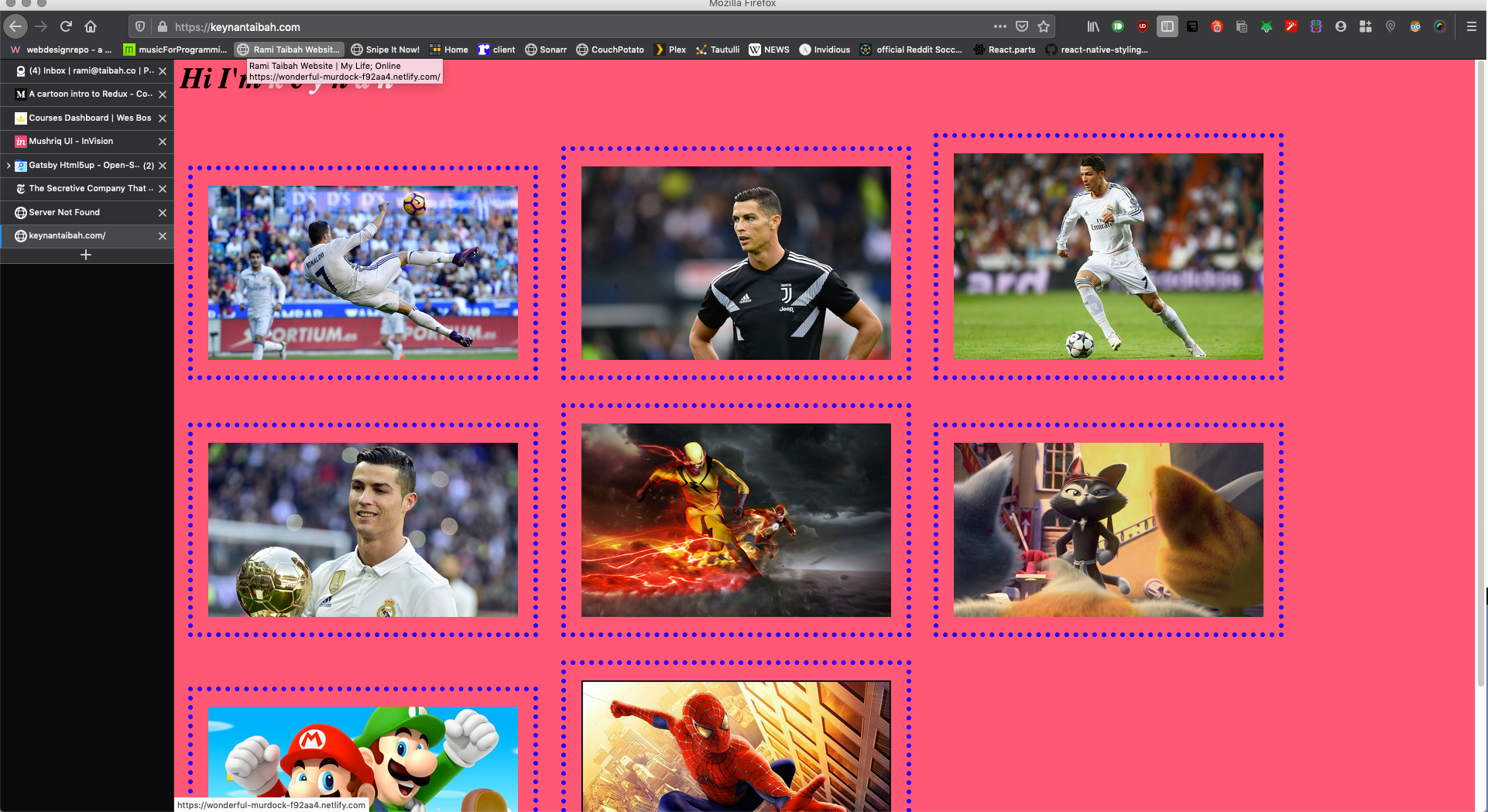 Over the past year I have been trying to teach my 6 year old Python through games using Computer Coding Python Games for Kids. The book starts with teaching the basics of programming like variables, strings, loops…etc. This was a bit uninspiring to him, since these concepts were a bit too abstract. The lack of immediate results didn’t help either. You assigned a number to a variable? Now what? We experimented with Turtle a few times. He really enjoyed changing colors, and doing loops to create interesting shapes. But still the leap from the basics to an actual playable game was a bit too large.

Which got me thinking, why not start with basic web design? HTML/CSS almost has no logic; while results are immediate. So over the past weekend I asked Keynan if he wants to build his own website. He didn’t know what a website was. After I explained, he was like ‘oh so like an app?’ Woe to me. 🤦

we sat down on the kitchen table with his trusty sky blue HP laptop as I told him about header, footer, and body tags using a simple wireframe. He wasn’t impressed. Theoretical is not your thing son? Fine. I fire up Vim (don’t worry I introduce him to Gedit later) and type ‘Hi Keynan’ inside a <p> tag and launched the file in the browser. His eyes lit up for a brief second. As if saying ‘OK that’s nice but not all that impressive’…So I envelope his name in a strong then an em. Same look.

I had my secret weapon though. Color! That ought to get his attention. I introduce a style tag to the document and instruct it to color p tags blue. Excitedly I switch to the browser and hit refresh. Nothing. Still boring black. Well that’s embarrassing. After a few minutes of debugging, I find the culprit. I had my syntax wrong (thank you CSS-in-JS, Saas, React et al.) Back to business.

Color made it click. He wanted the phrase ‘Hi Keynan’ in an alternating black, white, and pink. I explained to him that white won’t work since the background is white. Why don’t we do black and pink only? He begrudgingly conceded. I quickly wrapped the letters he in wanted pink in spans and gave them color: pink styles. Now I have his full attention.

Adding images was the most interesting part for him. He really enjoys finding wallpapers of his favorite things and cycling the desktop every now and then. I show him how to copy and paste images from the wallpaper folder to his project folder and renaming the images to make them easier to type in vim. He then proceeds adding 7 images one-key-at-a-time by copying my first img line.

Up to this point this project was doomed to sit lonely in /home/keynan, but then I thought it would be really cool to actually publish it. So I add a few styles to make a grid out of his images, add borders to them, and a throw in a hot pink background (of his choosing) to the document. I then create a Github account for him, link up the repo to Netlify, and hook up his domain (which I bought 7 years ago). Voilà. He now has a brand new website.

Over the weekend he kept shopping his website proudly to everybody he met. He would go up to an aunt or uncle and ask them for their phones to show them his new website. As an assignment, I asked him to think about how he can improve his website next weekend. We shall see what his little head comes up with.