In an effort to thwart Linux sales on netbooks, Microsoft has started a training program at Best Buy to “educate” their “experts” on Linux. And true to their fashion, MS resorted to FUD (Fear, Uncertainty, and Doubt) and straight out LIES! However, Microsoft still maintains that Linux is not a threat to their market, they are just spending all this money to “help” people make an educated decision. Funny thing, is that they ended up promoting Linux.

Over here on The Linuxologist, we already debunked most of the general myths about Linux, however this one warrants its own response: 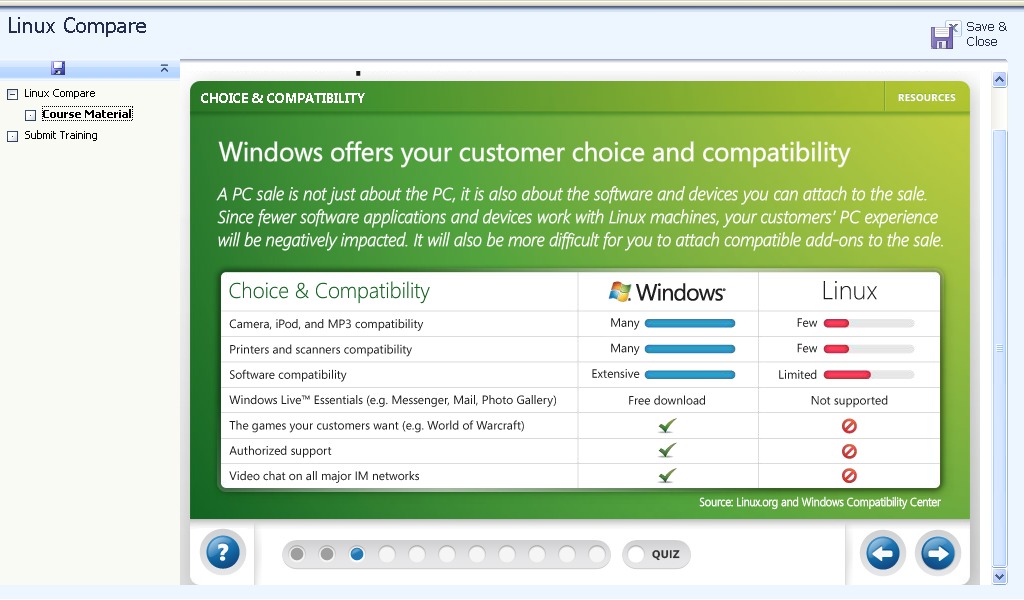 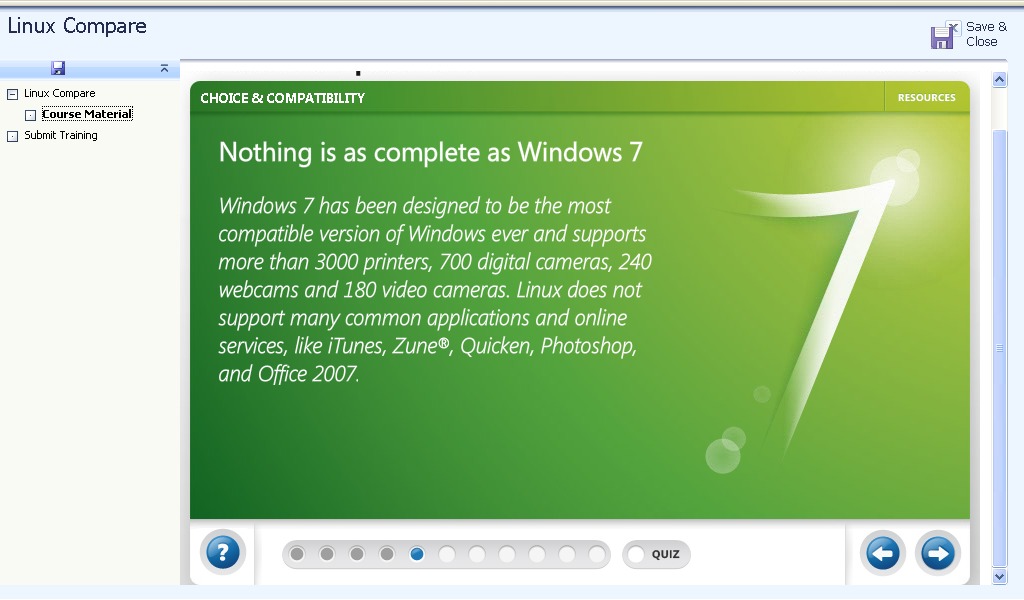 Covered most of claims with the first slide but: 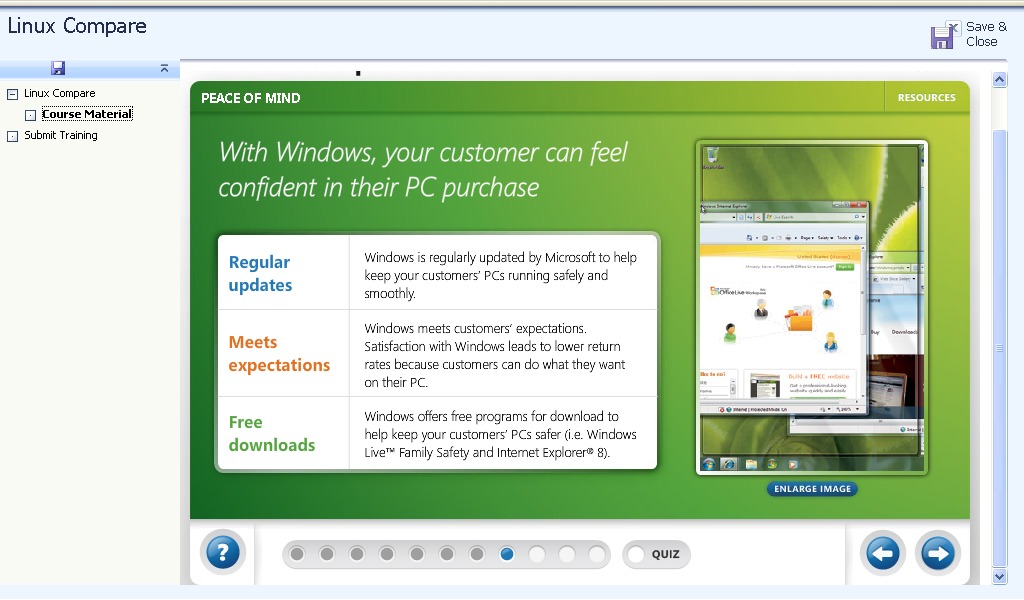 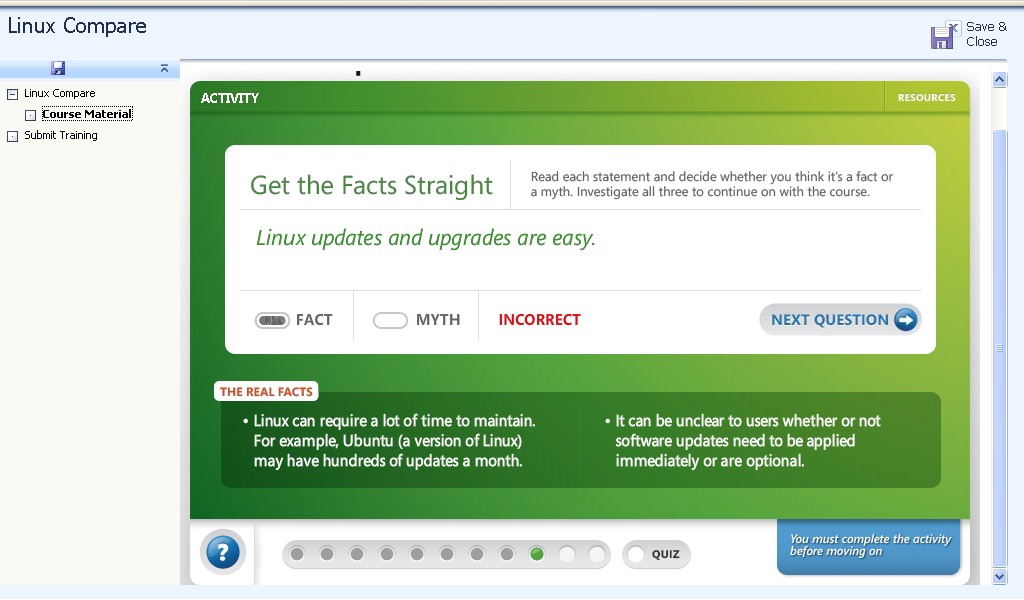 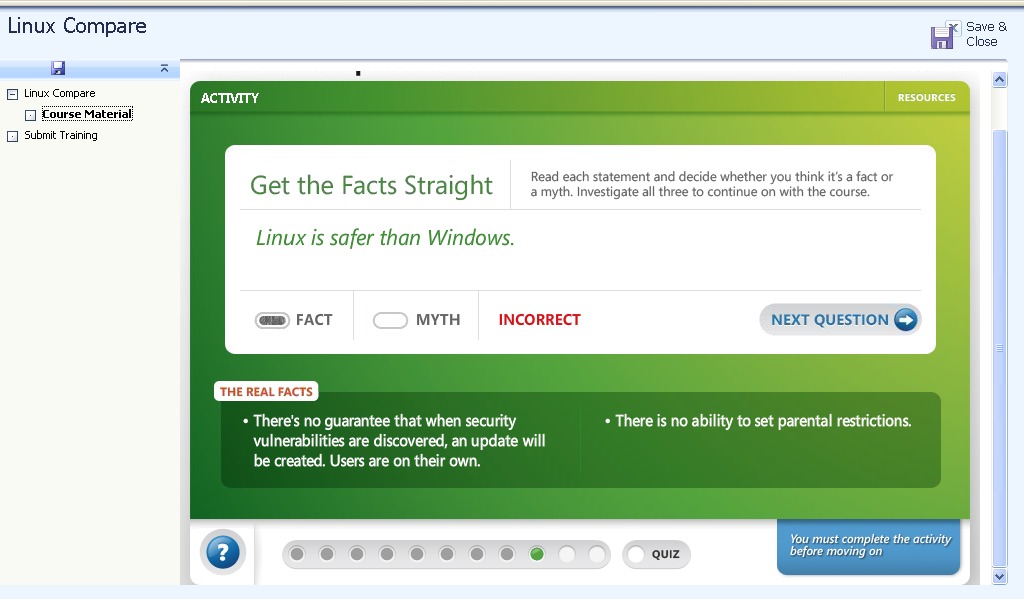 LOL, this one actually deserves its own demotivational poster. Share them with us. Be creative! 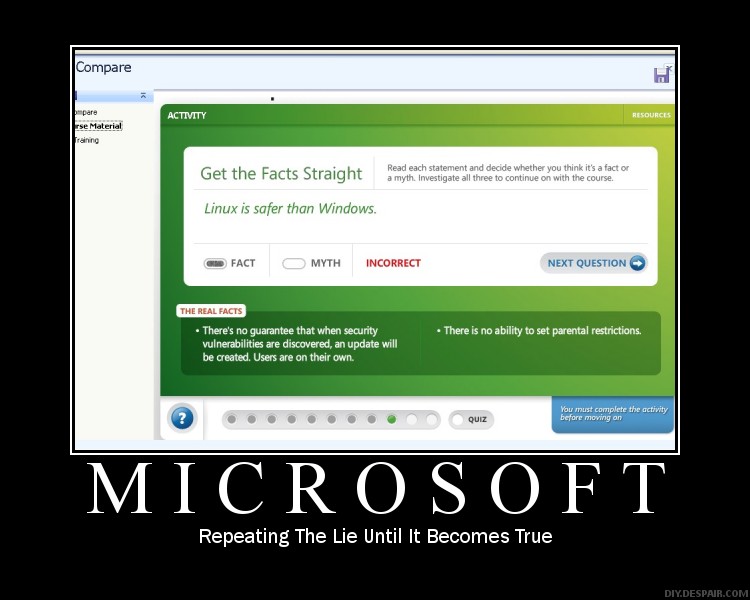