Us Linux users are very passionate about our operating system. We get into flame wars with others, push it down other’s throats (which we don’t condone, blog about, work feverishly in converting, and finally “vandalize” our cities.

Here are 13 Linux and Open Source graffiti art I found on the Interwebs. I tried to figure out where each was, but for some I just couldn’t find any info. So if you happen to know where one is located or know of any other cool graffiti, please leave a comment.

2-Born To Be Root 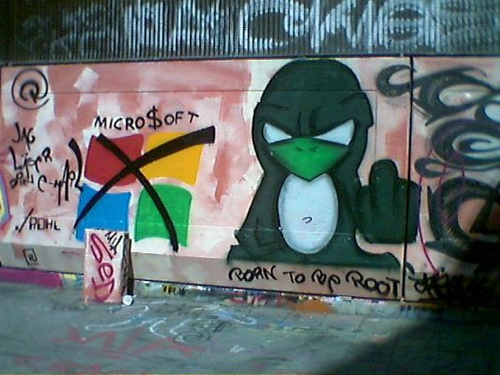 Our bird mascot gives Microsoft The Bird! I would really love to know where this piece of art is.

Update: Felis in the comments notes: “must be somewhere in Sweden. The text at the left – “Jag läsar din e-mail” means “I’m reading your e-mail” :-)” 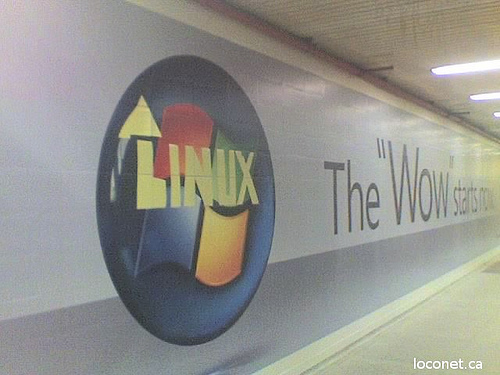 This one was seen in the Toronto subway only days after the the Microsoft Vista launch. 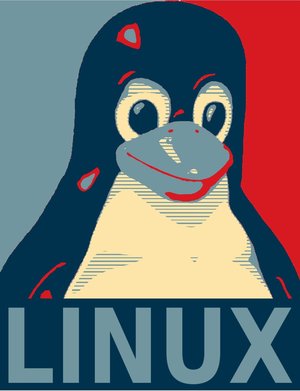 Based on Shepard Fairey’s famous Obama HOPE poster, comes this Tux graffiti (original artwork). Though it still hasn’t graced our streets, the artist behind it intends to do so. Can you beat him to it? 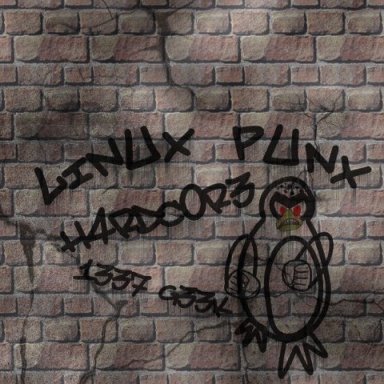 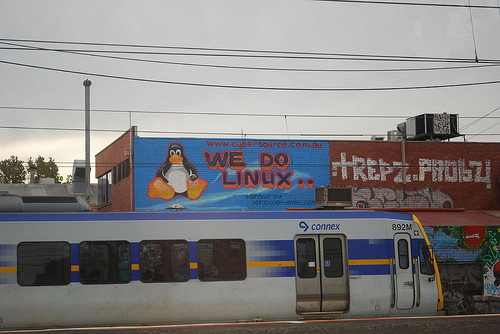 This can be seen in Australia, which is apparently an ad for cybersource.com.au a leading Linux and open source solutions company. 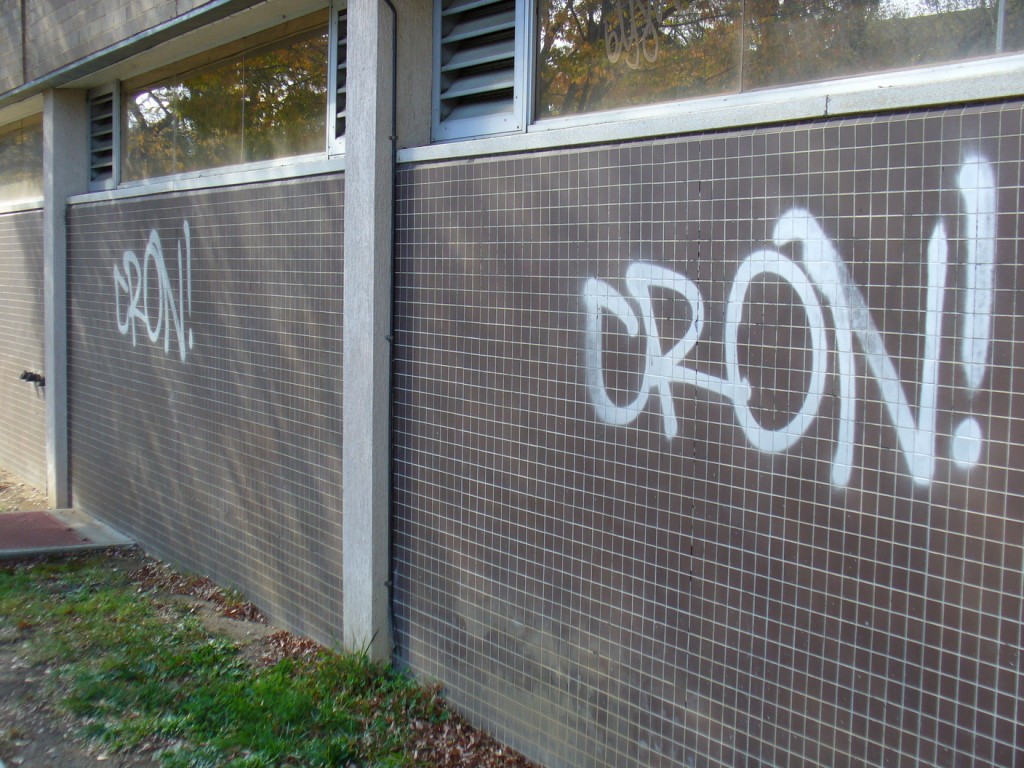 Found this on svana.org, without the context behind this one, it would appear as kiddie scribbles:

I was interested to see this on the Braddon Telstra building yesterday. Graffiti artists are getting into unix in a big way when they feel the need to pledge their support for the unix command scheduler on the side of buildings.

Of course I guess, as it was on the side of the Telstra building, it may be some statement about how telstra is run, all from a series of cron jobs. That may actually explain a lot about the organisation if you give it some thought. 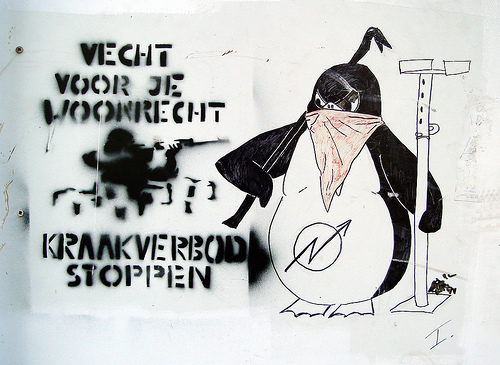 This one comes from Netherlands, according to Google Translate it says:“fight for” something (I am assuming freedom here), “stop prohibition” Maybe one of our readers can help?

update: Xen in the comments translated this to: “Fight for your right to housing. Stop squatting prohibition.” 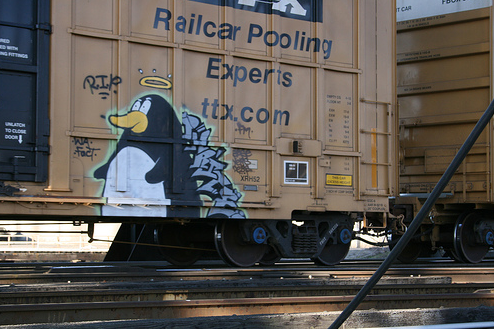 This one is on one of Chicago based TTX railcars, needless to say its traveling around the country. 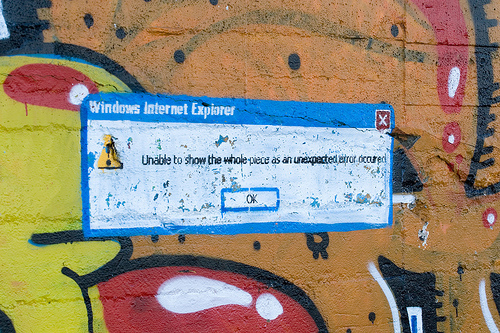 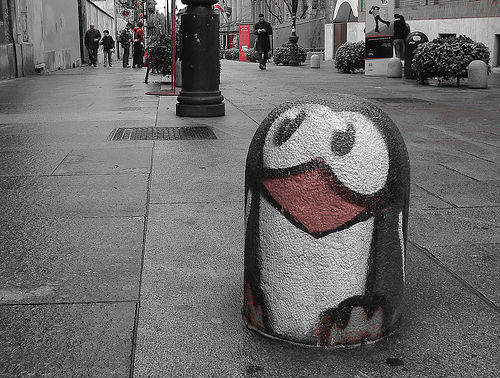 This one is in Torino, Italy. The hometown of my beloved Juventus. I’ll probably go findthis one on my next footballing adventure! 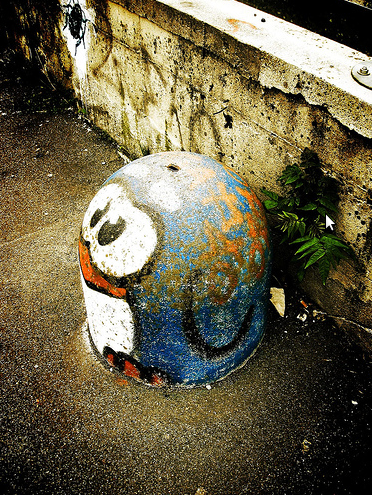 Again in Italy, don’t know exactly where though. 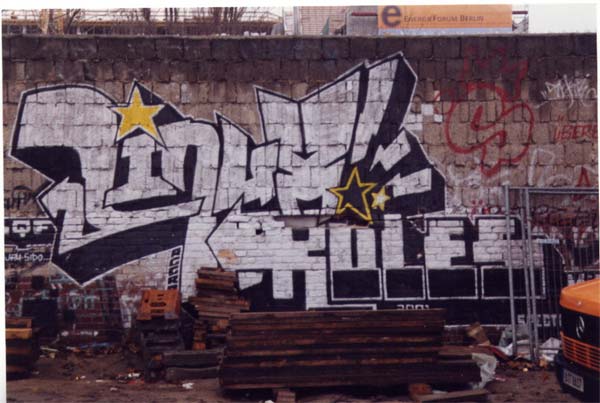 This one is in Berlin, Germany. 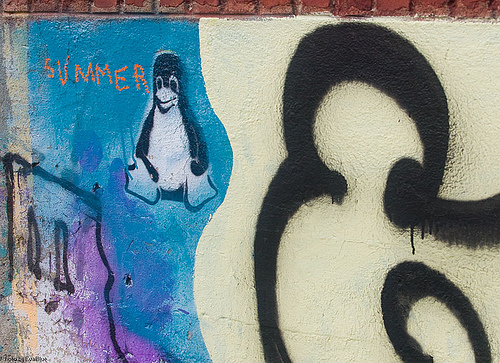 Canadians sure love their Linux, this one is in Montreal.