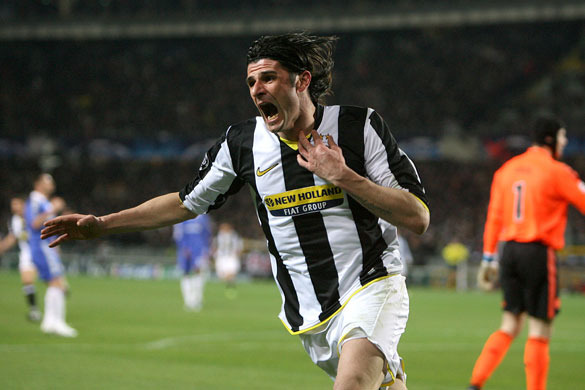 Juventus is a word that doesn’‘t mean much to a lot of people, but to millions around the world it stirs love and pride laced with grandeur and magic. Nothing demonstrates this better than last Tuesday’’s match against Chelsea in the UEFA Champions League. Being so ruthlessly punished two years ago on alleged “match fixing” charges, Juve were doomed to the dark abyss of Serie B. Some might say that Juve was unfairly treated, not that Moggi didn’t do anything wrong, but rather that other “culprits” were handed slaps on their wrists. AC Milan even went on to win the most prized competition in Europe! Juventus were relegated, stripped of their titles, lost millions in Champions League and sponsorship money, players jumped ship, the whole board resigned;in short, the whole club was in shambles.

Back in the 80’s AC Milan was almost in the same position, a scandal that led to their relegation. Only the millions pumped by Berlusconi resuscitated the Rossoneri and put them back on the European map. Juve’’s horizons looked bleak, and rival fans were dancing around Juve’s corpse. Or so they thought! Little did they know (or conveniently forgot) that within the frail exterior of the Old Lady there is a raging bull. A bull that does not shy away from adversity. A bull that does not lay bemoaning its misfortunes. For true gold does not rust! It was only a matter of a year, Juventus earned their way back to where they belong, in Serie A. But Juventus are not used to participation honors, their eyes were set on something bigger, something that has become a habit for more than a century. Juvntus wanted their Scudetto back, to put it back where it belongs, in the club’s coffers.

Reality wasn’t that kind, but unlike their predecessors, Juventus finished third, winning their place among Europe’s elite. They didn’t need millions to be pumped, they didn’t need a savior to pull them out of their sorrows. While am not comparing Juve’s journey back to Serie A with the Milan of the 80’s, am sure there are stark differences. It does put Juve’s achievement into perspective. Juventus didn’t win the Scudetto, but they weathered the storm, finishing third after playing a year in the dark leagues is an achievement by itself!

To me, Chelsea opened my eyes to a lot of things. For one, we don’t appreciate Ranieri as half much as he deserves. Only two years earlier, under Capello, Juventus were embarrassingly eliminated without a whimper by Arsenal and Liverpool a year earlier. Juve’s performance in those two ties were so sterile I cringe whenever I remember them! Yet Capello is lauded as a mastermind and genius while Ranieri is seen as a “temporary” solution for Juve. Ranieri is the coach that even rival fans don’t think of him as “Juve calibre”. A good manager, football or not, is one that knows how to get the best out of his team. Ranieri did…Capello didn’t.

Chelsea taught me that while talent is important, it is not everything. Players like Molinaro, Tiago, and Grygera compensated what they lacked in talent with determination, grit, and hard work. Looking back, I would take these three over other mercenaries like Vieira, Ibrahimovic and Zambrotta any day of the week! Last Tuesday, I saw 11 hungry men, I saw fire in their eyes, desire in their hearts, and passion in their feet. Despite all the bad luck, despite the injuries, despite all odds, these players painted a new portrait full of hope. The Old Lady of yesteryear is back, the Old Lady is young again full of life and desire! Juventus lost a match, but won something much more important. They won a proclamation. A proclamation that Juve’s place is among Europe’s greatest, always was and always will be. A proclamation that the bull is grunting and looking squarely at the bulls-eye. A proclamation that they are back, and it almost feels like they never went anywhere!

2018 Update: this blog originally embedded a video that was later taken down by UEFA. Here is another video for the match highlights