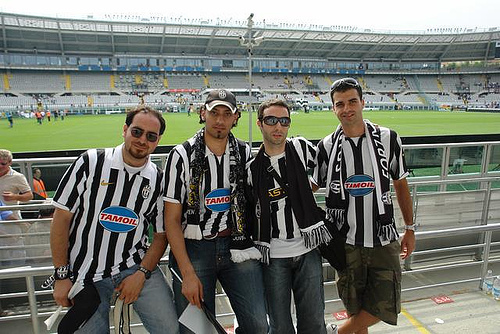 Around two years ago, Juventus fans were shocked with the very unfortunate fate of relegation. As a Juventus supporter, I went through the five stages of grief: Denial, anger, bargaining, depression, and acceptance. I remember each stage vividly: Denying that the verdict would ever be applied, angry at the culprits, bargaining on the degree of punishment, depression in the first weeks of the season, and finally acceptance.

I will talk about the final stage. Halfway through the season, around November, I accepted our ill fate. In addition, I realized that I needed to support my team in a different way if I was going to endure these dark times. Living more than 3500 kilometers from Turin, I convinced myself that I had to make the pilgrimage to Stadio Olimpico as an act of solidarity. I decided to watch their final match of the season against Spezia in person. I made all the travel arrangements, and I was ready to go in April.

Days went by very slowly at that point, growing anxious with each passing day. I was set! To many of my Saudi friends, Juventus is a meaningless word, but to me, my heart pounds every time I hear the word. My friends’ jaws dropped when they learn that I was go to Italy for only four days to watch a football match. Some would say, “In Serie B? Really, a match in Serie B? Why?” I would reply, “Loyalty is rare currency these days!” Others said, “Are you crazy?” “Yes, crazy about Juve,” I would reply.

When June 10 finally came, my friends and I stood in front of the team hotel for two hours, waiting to see our heroes. In the meantime, Juventus Channel appeared and interviewed us! We told the reporter about our story: Juventus supporters traveling from Saudi Arabia, Lebanon, and Sweden for the club. Pinch me, am I dreaming? Marching on our way to the Olimpico, my heart was beating a 1000 beats a minute, I was almost in tears. I just could not believe it! I was at the Olimpico! I was going to watch Ale, Nedved, Buffon, Trezeguet, and all of our gladiators live! The atmosphere in the stadium was electrifying. A great sense of solidarity and fellowship was everywhere; the whole stadium cheered as one. There are no words that could describe my feelings that day. It is a great feeling that so many Juventus supporters stuck by their team in those dark days; boys, girls, men, women, children, and the elderly showed up that day to profess their eternal love for the Old Lady. And now a new dawn is upon us, and our Lady will not fail us. Here is for another 100 prosperous years! Forza Juve!

Originally Published in http://juventusmember.com on 18-7-2007