Around 3:30 GMT I was googling something, and noticed that ALL search results were labeled with “This site may harm your computer.” Initially I brushed it off, and assumed that my company’s IT were up to something, didn’t really put much thought into it. 30 minutes later I went back home, and found the same problem. I quickly asked a friend of mine in the Netherlands, he seemed to have the same problem. A quick Twitter search confirmed it. Even googling “Google” tells you that Google.com is harmful! And by the looks at the Twitter searches, the problem seems to be across the globe.

Whats even more frustrating that, even if you decide to ignore the message, Google will not direct you to the page but rather serve you an error page. Google hacked? Or screwed up royally? 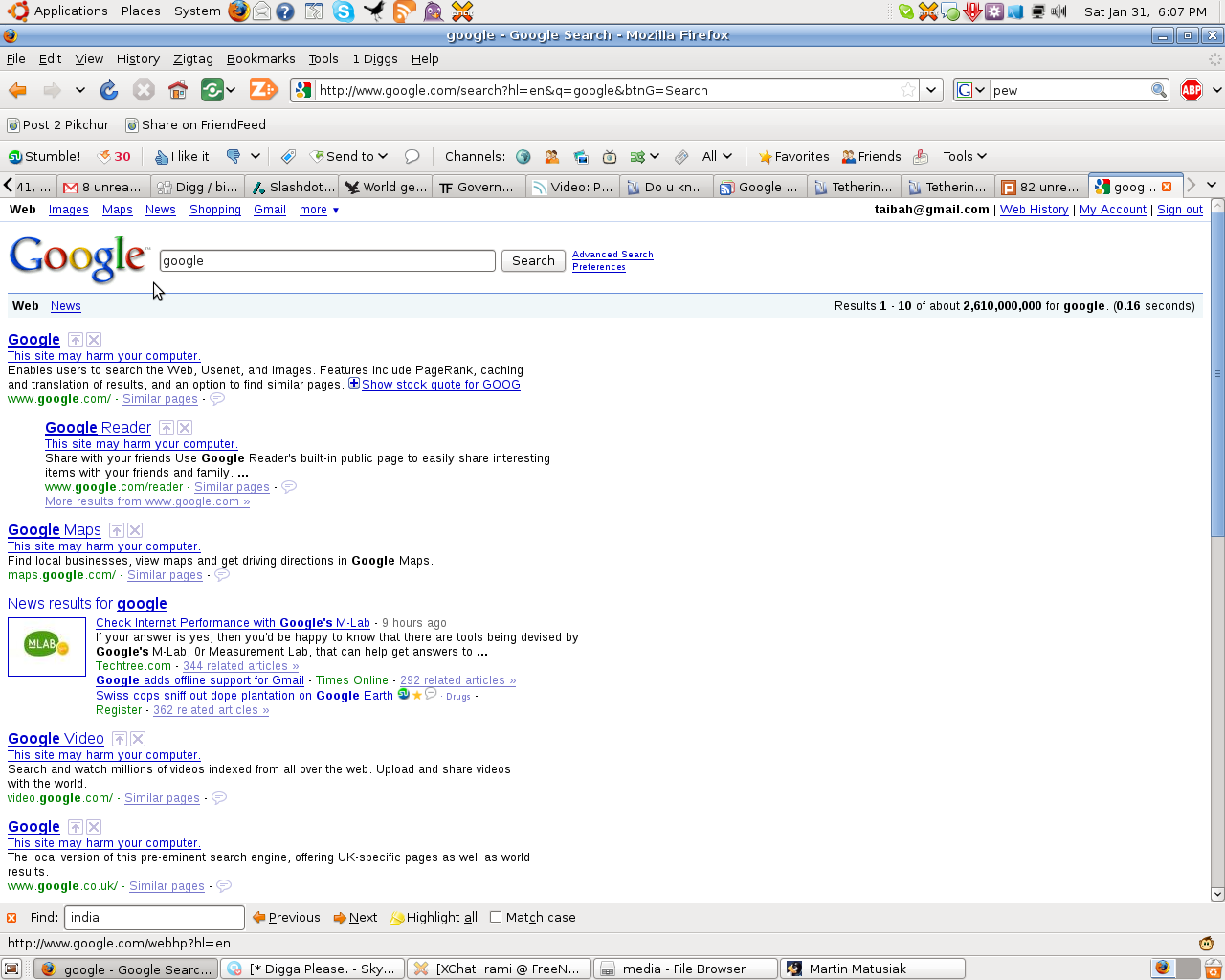 Update: Marissa Mayers, Google’s VP for Search Products and User Experience, has released a blogpost on Google’s official blog. She puts it down to human error after a ‘/’ was mistakenly put in an update sent from the non-profit StopBadware.org to Google. Resulting in every website in Google’s database to be flagged as harmful. Removing the ‘/’ fixed the issue. Here is what she had to say:

If you did a Google search between 6:30 a.m. PST and 7:25 a.m. PST this morning, you likely saw that the message “This site may harm your computer” accompanied each and every search result. This was clearly an error, and we are very sorry for the inconvenience caused to our users.

What happened? Very simply, human error. Google flags search results with the message “This site may harm your computer” if the site is known to install malicious software in the background or otherwise surreptitiously. We do this to protect our users against visiting sites that could harm their computers. We maintain a list of such sites through both manual and automated methods. We work with a non-profit called StopBadware.org to come up with criteria for maintaining this list, and to provide simple processes for webmasters to remove their site from the list.

We periodically update that list and released one such update to the site this morning. Unfortunately (and here’s the human error), the URL of ‘/’ was mistakenly checked in as a value to the file and ‘/’ expands to all URLs. Fortunately, our on-call site reliability team found the problem quickly and reverted the file. Since we push these updates in a staggered and rolling fashion, the errors began appearing between 6:27 a.m. and 6:40 a.m. and began disappearing between 7:10 and 7:25 a.m., so the duration of the problem for any particular user was approximately 40 minutes.

Thanks to our team for their quick work in finding this. And again, our apologies to any of you who were inconvenienced this morning, and to site owners whose pages were incorrectly labelled. We will carefully investigate this incident and put more robust file checks in place to prevent it from happening again.

Thanks for your understanding.