It’s been a while since I updated this blog, and sorry, I know that a lot of people eagerly wait to see what I have to say (hehe :D). First of all I wish you all a belated happy Christmas and New Years. Lately, I have been struggling with new things to blog about, I know that there are a lot of undiscovered territories, but I have been having some difficulty into venturing into them. Maybe because at the end am just a “noob” and don’t really understand a lot of technical things, despite me pretending to. If you have any ideas or articles you would like to see please contact me or tweet me.

Its a common misconception that Linux doesn’t have applications for day to day computing, nothing can be further from the truth. In fact I would wager that there is an alternative for any app/function out there. And since this blogs claims to “bring Linux to the masses” I thought it would be a good idea to write a series of blogs about the different apps available to Linux users in different categories.This article’s category will be: Bittorrent Clients:

Ktorrent is the default torrent client for the KDE desktop, but obviously can work on any other desktop like GNOME. It supports:

You can easily install it on a Debian system by invoking 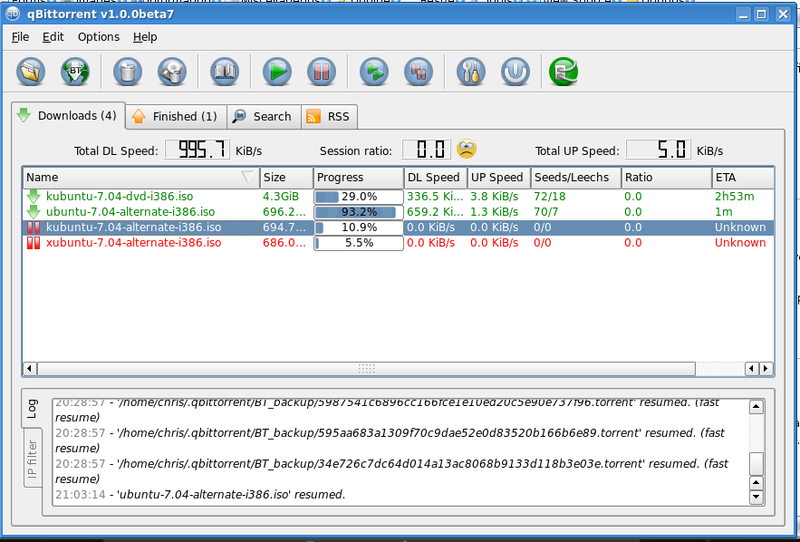 qBittorrent Developed by a university student (Christophe Dumez) from France, it aims to have a small foot-print, to be powerful, intuitive and visually attractive. 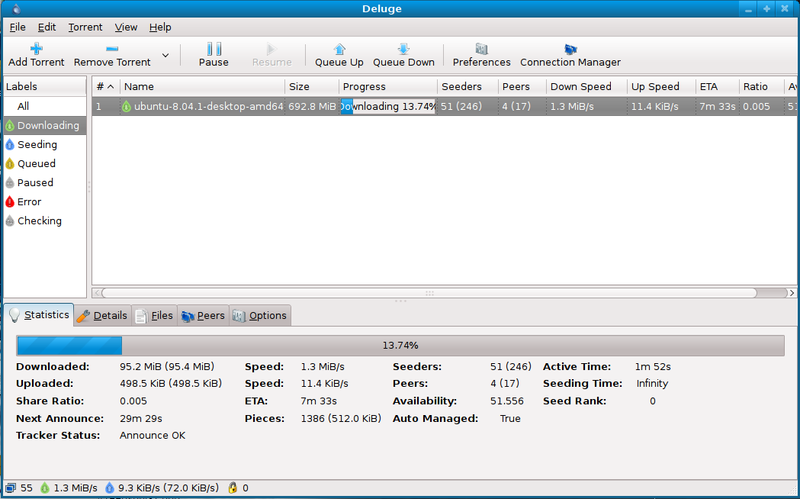 Deluge is intended to bring a native, full-featured client to GTK desktop environments such as GNOME and Xfce. An official Windows port is also available. Head to their download page to get the latest release. 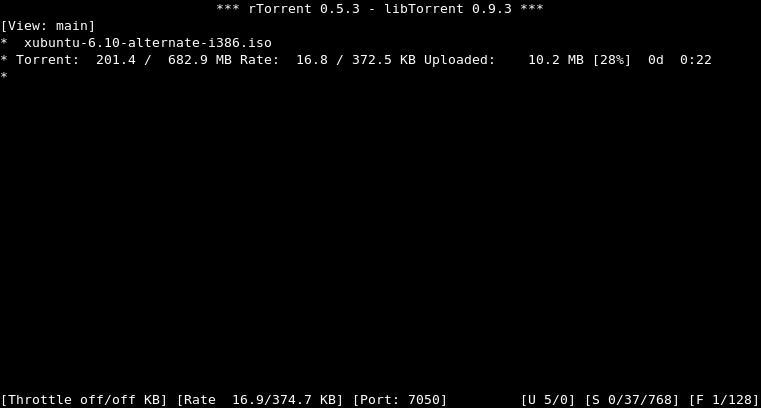 rTorrent is a text-based BitTorrent client “with a focus on high performance and good code” It is definitely not for the light of heart, but once you configure it properly and get a hang of it, it works just great! There is nothing a GUI based client can do that rTorrent can’t. Highly recommended for your geek cred ;).

Kmandla’s blog has a great guide for rTorrent, it basically put me on the right path for “leet” torrenting. 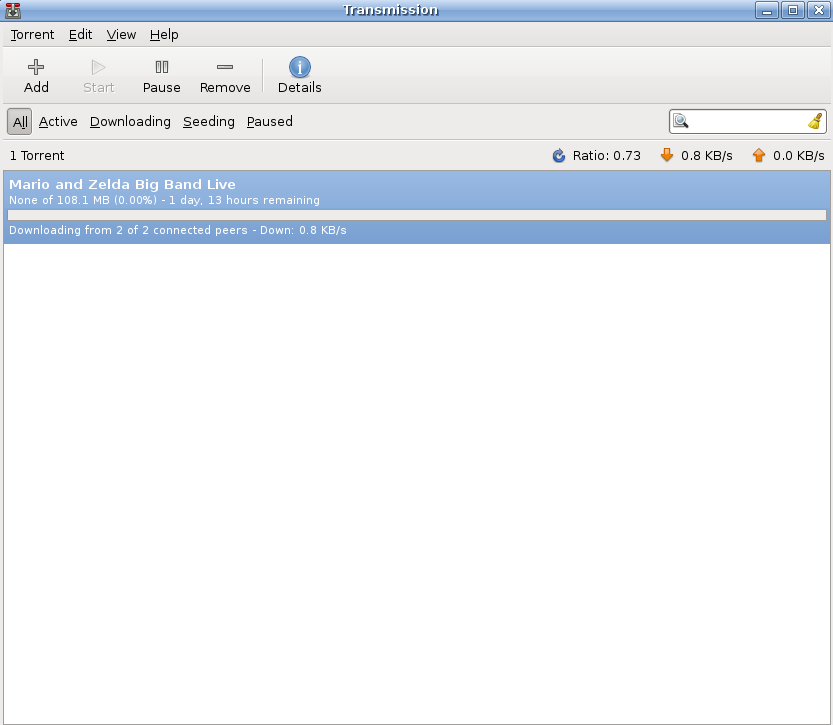 Transmission uses a smaller amount of system resources than many other BitTorrent clients. The project aims to strike a balance between providing useful functionality without feature bloat. Keeping the interface simple and intuitive on all platforms is a key design goal. As of January 14th 2008, transmission has been adopted by the Ubuntu distro. 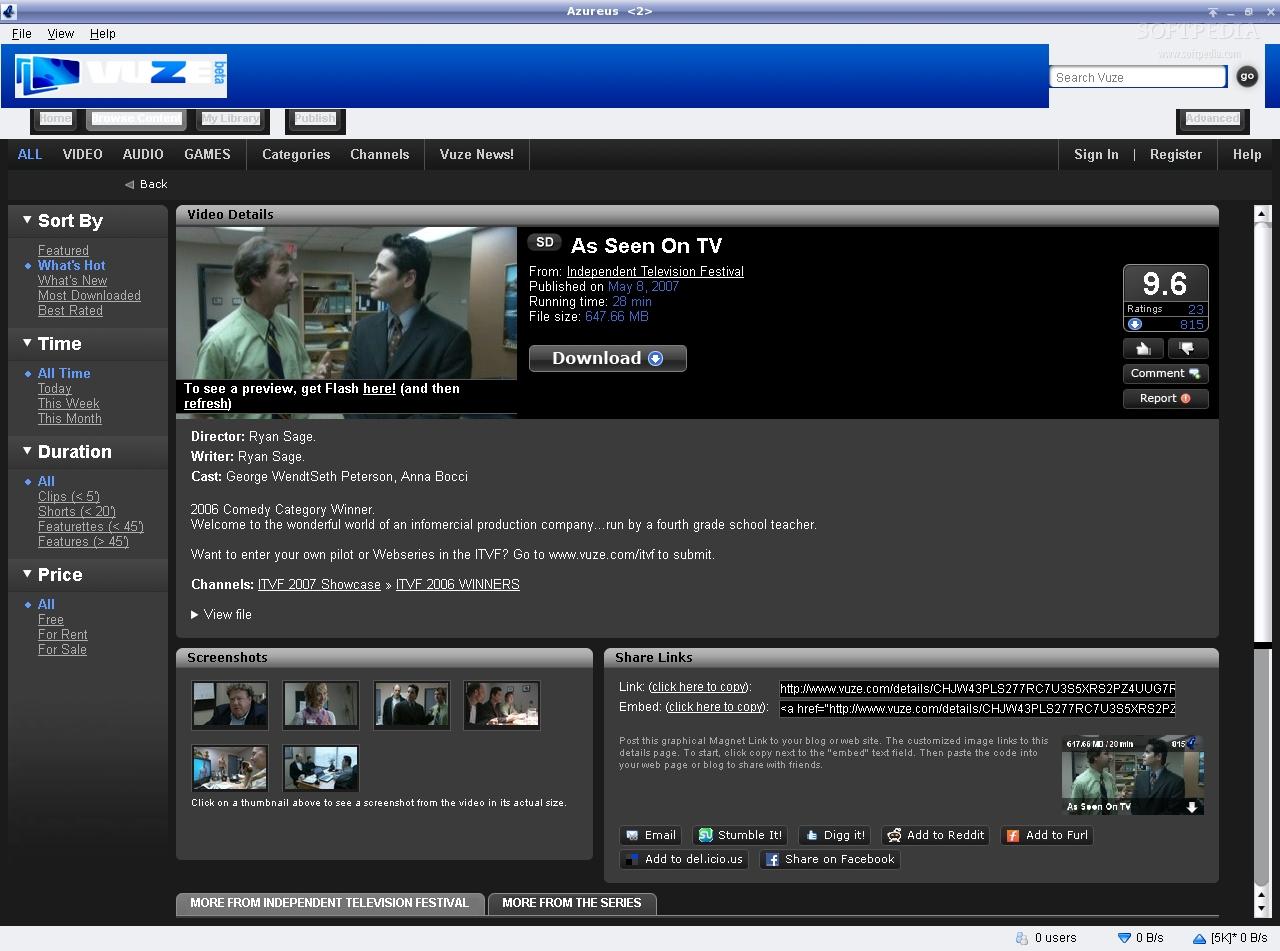 Azureus is almost synonymous with Bittorrent. I personally know a lot of non-tech savvy people that think Azureus is just a program like Napster or Limewire. They use it as a separate entity, search for media there and download, if they can’t find it on Azureus they are dumbstruck! Totally oblivious to the technology, how it works, and the 1000’s of avenues they can explore. LOL Personally, am not really a fan of Azureus, primarily because its such a resource hog. But also I dislike the newer interface, its too commercialized and cluttered. But don’t let me make your decision for you, the client itself is widely popular, you might like it :) 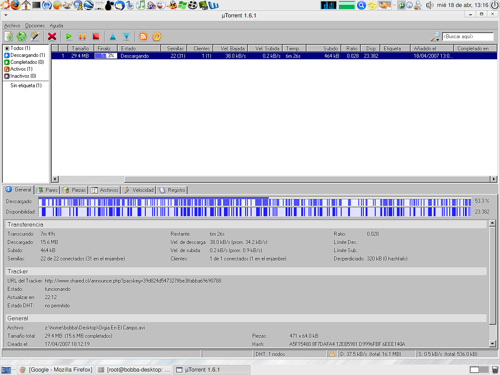 Last and definitely not least, I have to mention uTorrent. This is a client that I dream to have natively on Linux, and to be honest its the best out there in my opinion. No wonder the Apple community rejoiced when a native uTorrent client was released for OS X.

Running uTorrent on wine is as easy as 1-2-3. Just download it, and run it through wine. If you have any problems just leave a comment :).

So there you have it, 7 clients for all your heart’s content. Now don’t do anything illegal with them ;). What client do you use? Did I miss any? Do you recommend any more?