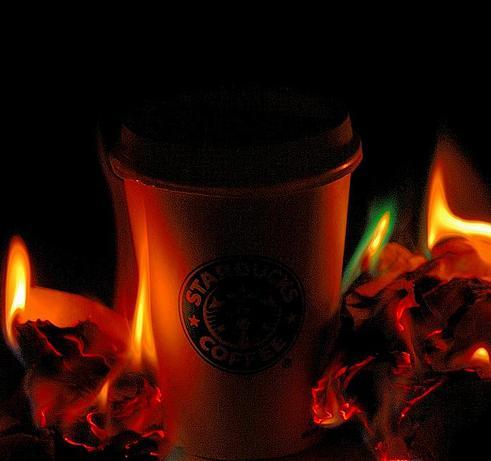 Am malnourished! Well not really, but I almost never have time to have breakfast before I go to work. I should be at work 8:30, on a good day, I wake up 8:15! Luckily we have a Starbucks in our building, so that kind of solves the breakfast problem (despite the fact that their food sucks).

Anyways two of my colleagues and I have a habit of going down to Starbucks 2 or 3 times a week. Yesterday I summoned them for Starbucks. This time they retorted “Israel are killing Palestinians in Gaza, and you want to go eat at Starbucks!.” They went on to explain that Starbucks officially provide aid to Israel and their CEO. Who was this CEO? They didn’t know of course that his name is Howard Schultz because they were just parroting some viral E-mail almost everybody in the Arab world got a couple of years ago. Its almost a fact that Howard Schultz publicly bragged about his support to Israel and that Starbucks sends millions among millions to Israel.

While this has some truth to it, but the facts are severely twisted. My colleagues were basically referring to a speech where Howard Schultz extols the company’s contribution to Israel. I knew that this was not true, but rather that this speech was a spoof by some blogger. I made that clear to them….

I went on and asked one of the guys what brand of cigarettes he smokes. He took his Carlton’’s victoriously out of his pocket and shouted “British! Not American”. I was like “Hello? Balfour? Who planted Israel in Palestine in the first place?”

What about the English Premiership League? The one you so fanatically watch and follow? Chelsea’s owner is Roman Abramovich is a Jew. Arsenal used to run “Israeli Tourism” ads a couple of years ago. And am sure that your favorite club Manchester United has some “Jewish blood” on their hands. He strongly denied it, and proclaimed that Manchester United is “clean”.

So I turned back to my laptop, determined to find a Jewish link. Gave it a little thought, and remembered that that Manchester’s owner Malcolm Glazer could be very much Jewish. A Google-second later confirmed my suspicions. He is Jewish! So I quickly wrote up an E-mail asking him to boycott Manchester since their owner is Jewish, and that every minute you watch them playing is another bullet donated to Israel.

Pheeew! I know that there are a lot of sweeping statements and generalization in all of my arguments. First off Jewish doesn’t equal Zionist, but I was just using their same logic and mentality. And guess what? it worked!

Once I confirmed that he read my E-mail, I turned and said over my shoulder, “I expect you to stop supporting Manchester tomorrow”. That didn’t really sit well with him, “of course not! Manchester is in my veins!”. I told him that would make him a hypocrite, you can’t condemn me for something you yourself do!

He stormed out and left…..