It shouldn’t be too much of a stretch to assume that a good portion of those whom read this blog are Linux users, and so are involved to varying degrees in what is commonly called the ‘Linux Community’. Anyone who’s been into the whole Linux thang for a while has probably noticed this; I haven’t even been into it for very long (just a year and a bit, perhaps), but I’ve seen the following attitude on display here and there throughout the community.

When there’s not a massive amount of people whom are using Linux, or really anyone that shares a common interest in any particular thing in general, we’re going to tend to band together, to be a really close-knit community. By and large, you’re not going to find a whole lot of Windows users really getting too chummy because there’s literally millions upon millions of them. Even Mac, which only takes around 8% of a share of the market, that tiny 8% is millions as well. Linux takes less than 1%, according to statistics provided by Marketshare.

So when we’ve got such a small community we can tend to, well, get a bit caught up among ourselves. Sometimes we can be pretty quick to dismiss the competition and really try to aggressively push the Linux ‘cause’, if you get what I mean. ‘Winblows’, ‘Micro$oft’, and all other kinds of oh-so-very-witty remarks get thrown around liberally and regularly, but it only takes a second of non-biased clarity to see that often, we’re walking in their footsteps. And really, we can see that Windows and Mac do a great number of things right, and not all of them are things that Linux gets perfect.

Microsoft’s baby may be holding 90% of the market due in part to their brute-force approach to marketing and business practices, but there’s also the little fact that Windows, in its current days, really isn’t all that bad of an OS. Nine of ten computer users are Windows users, and so it’s pretty safe to say that well more than nine of ten of us have tried it before. I’m only twenty years into my life so I grew up with Windows and the fact of the matter is, it’s not perfect, it’s not bulletproof (but what OS is? Really?), but it gets the job done pretty efficiently, once you know your way around it.

Firstly, there’s the little matter of hardware support. Windows’ position in the industry ensures that support from hardware vendors and OEMs is second-to none. It should be noted though, that an out-of-the-box installation of Windows XP or Vista don’t have this advantage. But nevertheless, since a large portion of Windows setups are OEM installations, it’s a boon that Windows enjoys and one that we’re still struggling with, so it’s always going to be an area that’s worthy of putting effort into improving. 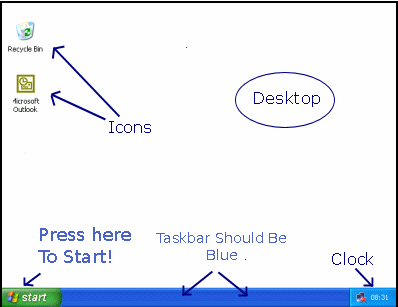 One point we can’t argue with much is that Windows really makes an effort to be welcoming for the average computer newbie. You don’t need any knowledge of using the command prompt, you just click Start and you’re on your way to doing whatever you feel necessary. Plugging in hardware, it searches for drivers and installs them totally transparently (when it works). It makes a decent effort at configuring networks automatically and only tells you what the layman computer user needs to know, and nothing more unless you ask. Controls and options are in plain English more often that not, instead of tech-jargon that only an experienced user will understand.

Windows is the workhorse, the jack of all trades, and it does its job pretty well. In comparison to its competition, it’s not at all unique or incredibly special, but Microsoft selects its features very carefully and we get more or less what we need from it. No more, no less. And that doesn’t just apply to the computer savvy; it applies to the layman too, the kind of person some of us tend to forget about in between compiling kernels and configuring xorg config files.

Love him or hate him, I’m under the impression that Steve Jobs has some kind of crystal ball telling him what should be the next big thing to try out with his operating system. Compositing windows? The dock? Expose? Where did we see all of these things first? I’m not lumping credit on Apple for the invention of these concepts, but it was way back in 2001 that they were really jumping on them and pushing them forward into the mainstream eye. 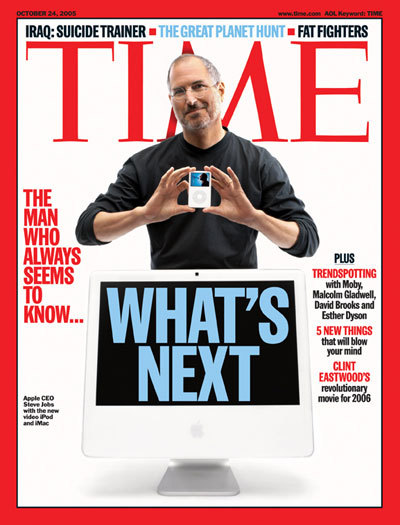 Innovation is the name of the game here and it seems to me like a lot of ideas or programs that get praised among the Linux and even Windows public appear to be things that the Mac already did ages ago.

One of the big things I love about Mac’s interface is that it looks awesome, partially because of the art style, but also because stays out of the way. Everything is streamlined, functional, logical, and nary a pixel of screen real-estate is wasted, not even on window borders. It’s also consistent, something that Windows and especially Linux users can’t always boast about so confidently, and it contributes a lot to the feeling that you’ve got a working environment before you that’s solid and always makes sense, no matter what you’re doing.

My last major point is that OS X is closer than any of the others to being an OS that really ‘just works’. When you turn on a Mac you’ve got everything you need right there in front of you, configured and working. No unstable software, no driver hunting, no dependency hell. In fact, in my experience, I’ve found it so stable and consistent to use it approaches being totally boring, and I actually found it preferable to focus on getting some work done!

Yes, Linux is at a disadvantage of not having official hardware to bundle with, and not having widespread hardware vendor support. But if you’re interested in improving Linux, these are things that need to be acknowledged as challenges to overcome, instead of excuses for coming up short.

Being open source, Linux is blessed with a unique advantage that these mainstream, closed platforms don’t have. Microsoft and Apple pay employees to work feverishly to getting a polished product, but they’re still companies and they still have limits to their resources. The open source community has anyone who’s computer literate at its potential disposal! Even one who’s not an artist or programmer still has a voice, and that’s still a way to help mold the state of things for the future of Linux.

But we face a similar challenge to even the industry giants; we need to collaborate and we need to communicate. Inspiration and passion are our greatest assets and all that’s needed is a place that everyone can pool them.

So where to with Linux?

Everyone’s got their own ideas about how we could improve and progress, and I absolutely encourage anyone reading this to voice their thoughts too. So for now, here’s mine.

This is an inherent problem with open source software; if you’ve got the talent for it, you can split off on your own and produce something that’s entirely under your control and you can take all the credit for it. In that sense, that’s often the reason why we’ve got hundreds of Linux distributions. 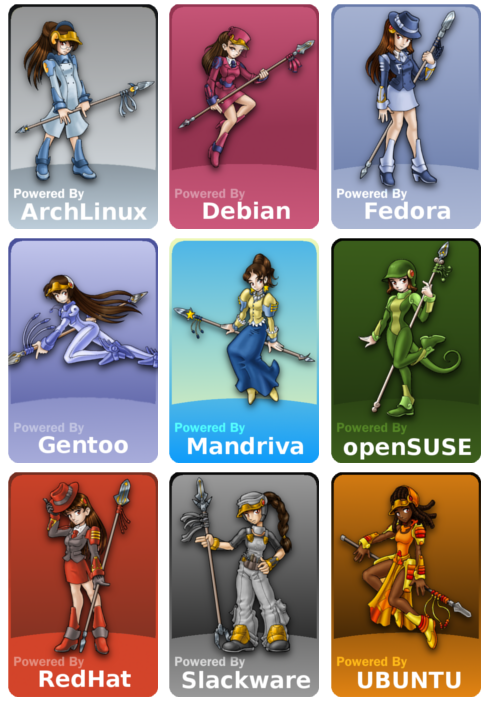 Hundreds of distributions may present a good amount of choice for the discerning Linux user, but for the average newbie it’s daunting, and not only that, when you’ve got hundreds of distros, you’re spreading resources thinner on the ground.

If we had everyone working together on just a tiny handful of distributions as opposed to hundreds, just what would those few distributions be like?

This works on the level of individual programs too. Take for example, the numerous dock programs we’ve got lying around. We’ve got Avant Window Navigator, Cairo Dock, Kiba Dock, KsmoothDock, Engage Dock and SimDock, just to start with. That’s six different programs made to do the exact same thing, and they’ve all got their own strengths and weaknesses. Why should we have to choose? Why don’t we just work together on one single dock that does everything right?

Microsoft and Apple may be huge, but even so, the entire Linux developer community, if they were to band together to a common cause, would dwarf them. All that’s required is some focus in the community of users and developers, to shape one thing and make it incredible. Don’t let your ego get in the way, and if you’ve got ideas on how to make a distro better, don’t fork, contribute to one that’s already in progress and improve it. An idea by itself will go nowhere, but a lot of them in once place, can make a great amount of difference.

It’s easy to derive your ideas from that which already exists. If I’m playing music, it’s easier for me to cover a song than to come up with my own. But you never see cover bands selling out shows in arenas, and you’ll never see Linux dominating the mainstream market if it’s just seen to casual folk as a ‘me too’ OS.

Take again, the example of a dock program. I think a dock is a really cool feature, but it’s already been done by the Mac, and because of that, it was only the Mac doing it that ever made me raise an eyebrow and think, “That’s so cool, I’ve never seen anything like that before.”

To be honest, I didn’t personally become interested in Linux because I woke up one day thinking, “Gee, I wish there was an operating system that I could use that was free of charge, open source and community developed.” Actually, I became interested because I saw Compiz Fusion on YouTube spinning multiple desktops across a 3D cube and setting windows on fire, Gnome-Do navigating around the whole computer with a few key presses, Conky throwing up computer statistics that integrated seamlessly with the desktop. I’m sure that sounds silly and shallow, but it’s true, and I don’t think I’m the only one like that either.

Being unique is a universal quality that can apply to every level of the Linux community, from the entire community’s vision, to a distribution, to a program, down to the tiniest details. If we’re willing to break new ground instead of treading the safe path, that’s when we’ll end up with something that will not just impress fellow Linux users, but will impress anyone.