This is a guest post by Ian McLean, an Australian Linux and Open Source aficionado currently based in Romania. 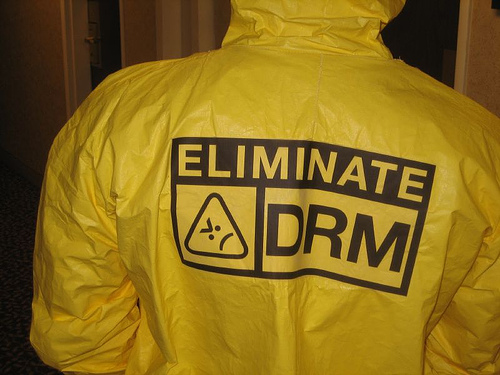 The Information Age: Where Everything Is Free

I once was having a light conversation with a student friend of mine and told him about OpenOffice.org; I said that it’s free to get and use, it does nearly everything that Microsoft Office does for none of the money. It’s got a word processor, spreadsheets, maths, presentations…! I asked him if he was interested in trying it out. He told me, of course not. He already has Microsoft Office. It’s better than OOo, and thanks to the gift of the Internet, that was free too.

And I’ve seen this fact swept under the rug quite a few times in software related discussions in the politically correct business world. But among my student friends, it’s bandied about so carelessly you’d be forgiven for thinking that there’s absolutely nothing strange about it at all.

The fact being: It’s cheaper and easier to use pirated software than to pay for the real thing.

Ever since practically the dawn of recorded media, piracy has been an issue that every single developer and publisher of music, software or other media alike has had to contend with; in the eighties we didn’t have torrents, but we had tape trading. Then, when CD burners became commonplace it was no problem to just get a friend to burn you a copy of Windows or whatever latest games were making the rounds. Now, we’re headed into the latter years of the 00’s, and high-speed Internet is so cheap and commonplace, downloading a copy of whatever you like is often simpler in practice than making the effort to go to the store and fork out your hard earned cash for it.

Now, with software piracy running totally rampant, the worth of software available on retail shelves begins to sink, and software companies begin losing money. Clearly, this isn’t a minor trend to deal with; it’s a potential catastrophe and of course, there’s plenty of reasons, which are perfectly legitimate, for companies that make their bread from software sales to find a way to curb piracy and keep their user base honest. 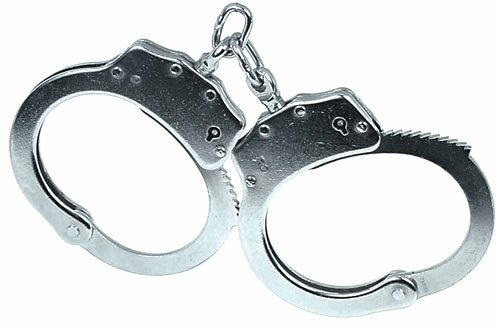 Software consumers have a binary choice:

For folks where money doesn’t grow on trees and in many cases (I’m looking at you, Adobe) the software’s pricing doesn’t exactly correlate with the complexity or quality of the program, option B is going to be the preferred choice for a lot of people. So, software companies, unable to influence their users by mind control, are also left with two main options when they’re producing and distributing their software:

Now, this isn’t exactly a binary choice. Many companies have opted to use both options here, and to varying degrees. But clearly, if anything’s proven by the trends it’s that leaning too heavily on option B can have the opposite effect to that which is desired to software companies.

A classic example of this has happened just recently, in the form of a computer game named Spore, the baby of Maxis founder/Sims franchise creator Will Wright. Spore has generated massive, massive hype in the gaming community and was thus released to huge sales, and, thanks to its SecuROM software, a nice amount of controversy as well.

SecuROM comes bundled with the game. It’s not advertised on the box and for all intents and purposes, the customer is entirely unaware of its inclusion until they’ve bought it, taken it home and installed it. The software cannot be uninstalled, even if the game is. Upon installation the game must be activated online, and it can only be activated on five different systems. At first this seems to make sense, until it’s made clear that the software’s methods of determining whether it’s a different computer or not aren’t bulletproof; changing the computer’s hardware may register to the game that it’s an entirely different system and thus, another activation is used. After all activations are used, the game will not play and to a completely legitimate consumer, the game is rendered useless. Pouring salt in the wound, the SecuROM software is still bundled even if the game is purchased and downloaded through Steam, itself a powerful anti-piracy measure by its very nature. 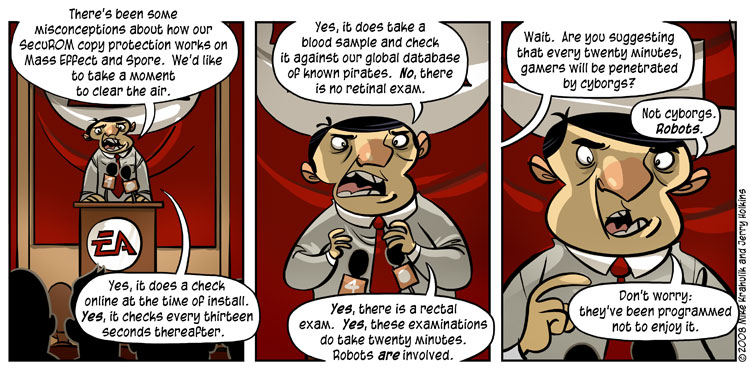 The fallout from this calamity is pretty obvious now; the game’s ratings on Amazon average one of five stars due entirely to the game’s DRM measures, and thanks to the friendly pirate community, copies downloaded illegally through file sharing and torrents have had the DRM measures deactivated or removed – effectively making the pirate copies of the game superior to the real thing. In short, if you buy Spore from a shop, you get a worse version than the one that pirates are getting for free. And what was your crime?

Spore was downloaded over half a million times in its first four days of release, and is well on its way to being the most widely pirated game in history.

The fallout from this debacle leaves us with two lessons.

a) DRM is not only ineffective, it also diminishes a product’s value.

b) Crippling and punishing consumers for being honest isn’t healthy business practice.

We’re in a new age, where information can be generated, modified and exchanged extremely quickly and easily. Adopting old-age methods to curb free sharing of files by strong-arm tactics clearly isn’t working, and all the while Free and Open Source Software community are enjoying fantastic software, legally, and without paying a cent. You’d never find me shelling out $700 for Photoshop, and why? It’s because I already get $650 worth of its value with GIMP, and I pay nothing for that. Half a grand saved, half a grand earned.