Wow! It’s been almost a year, and 99 posts When I first started, I never thought I had the stamina to post a 100 posts. It’s been a long journey and I learned a LOT in the past year, made a lot of friends, and found something that I truly love to do, can’t be any more thankful.

To be honest I never really wanted to write a “dedication” post, but what transpired last week forced an explanation and an apology to my readers. Royal HeHe2-ness was almost impossible to reach for a whole week! And am sorry. It wasn’t my fault, but rather an incompetent webhost’s fault.

On Thursday (11th of September, how ironic is that? I got my own little 911), a blog post of mine went popular on Digg, needless to say I was flooded with visitors. Sadly, the traffic was too much for Bluehost (my webhost) to handle, and I got a dreaded “exceeded quota” error, shortly followed by “account suspended”, as can be confirmed by the comment thread on Digg. 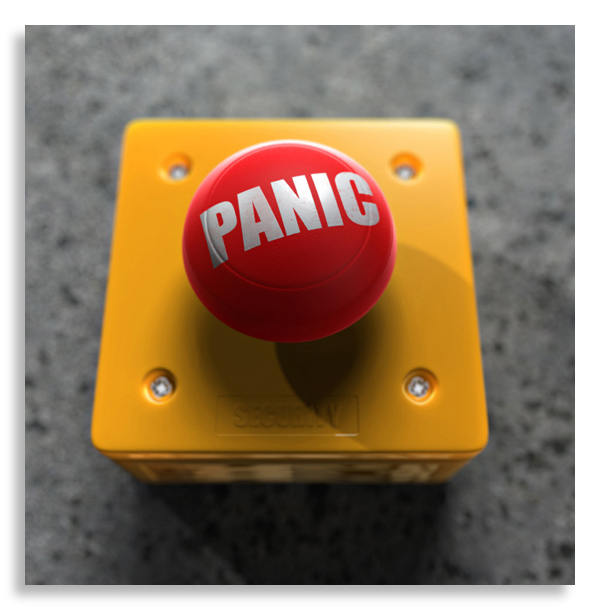 Normally, I did not appreciate being suspended during a surge of traffic and adoring fans. So I jumped on Bluehost’s live chat to inquire about the problem. They told me that I was using more than 3000 connections (out of 5000) and that the 2nd highest usage on that server was only 200. So they suspended my account. I asked about the solution, they gave me two:

1-Reduce the number of connections

I laughed off the first option by saying “No one asks for lesser traffic, what world are you exactly living in.” I was left with picking up my luggage and find a bigger sea for this bigger fish. I was indignant due to their indifference, I was being considered a “sunken” customer. However, I politely asked for reinstating my website while I find a new webhost, they agreed.

Up to now there is no problem, but after reinstating my account, I have been plagued with downtime, outages, and annoyingly slow response times. Not only were my readers having a hard time getting on the blog, but I also found it extremely difficult to go through with the migration process.

Over the course of 24 hours contacting Bluehost via live chat always rendered the same results. The agent would tell me that the website is working fine with him and that it’s probably just my ISP. When I counter that multiple users from different parts of the world are facing similar problems, he would ask me to check with megaproxy.com or ninjacloak.com or some other proxy websites. In most of instances it won’t work for me. I would also tell them that I tweeted my problem, and some of my tweets confirmed that it’s down or that it’s very slow. I also would tell them that Pingdom, the website monitoring service, is also confirming multiple outages. Finally I shared with them two traceroutes, mine (from Saudi Arabia), and a friend’s (from Netherlands), both results stop at Bluehost. Despite being faced with overwhelming evidence, the agents go back to blaming my ISP, this happened 4 times. 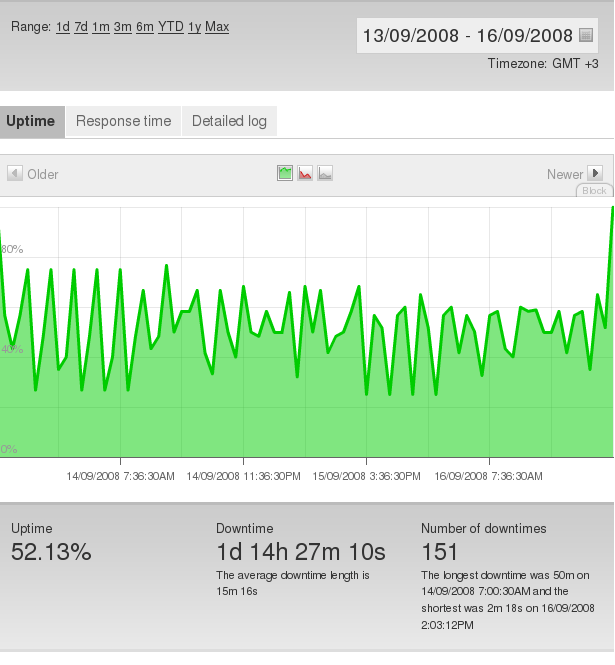 I was (and still) a paying customer and I expect to be treated as one. Not to be blacklisted or choked (as I suspect). Bluehost for the past year has worked wonderfully, I didn’t get much problems from them, so it’s unimaginable that this is their regular service. The only explanation that comes to mind is that they are deliberately hindering, blacklisting, or chocking my website, as they already know I am a lost customer.

Anyways 5 days later, and a good deal of heartbreak and agony, I have managed to completely migrate this blog from Bluehost to Media Temple grid server (gs) package. Media Temple will offer Royal HeHe2-ness dynamic scalability, which means I will always be ready for intense bursts of traffic like the one I witnessed last Thursday.

Once again I am sorry for the downtime. And would like to also thanks, Martin, Nathan, Chris, and Deepak who were instrumental in helping me weather this! Thanks guys, you rock!