I have already ranted about my displeasure with the iPhone because it’s locked down like a brick and cannot be really used effectively on a Linux box. But if you thought that was bad then you have seen nothing! The Free Software Foundation published an alarming article titled 5 Reasons to Avoid iPhone 3G. 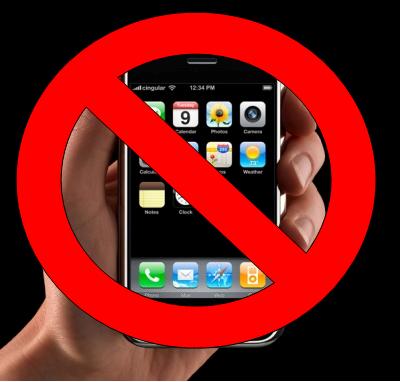 It’s a really interesting read, Johns goes on into more details on each of these points. If you are thinking of getting an iPhone 3G then i highly recommend reading FSF’s 5 Reasons to Avoid iPhone 3G to it’s entirety first before going out and splurging $400 to handcuff yourself. 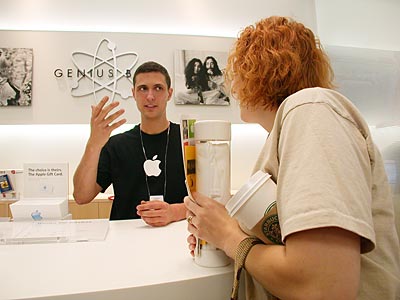 The Free Software Foundation has done it’s part in preaching the dangers of the iPhone, but defective by design took it a step further and took action! Yesterday they issued an iPhone challenge called Ask Apple About the iPhone. The challenge urges everybody to reserve an appointment at the so called Apple Genius Bar using an online booking system. And ask these so called geniuses a series of 5 questions. Then rate them on a scale from 1-32 on each question, bringing the total to 160 IQ points (Einstien’s IQ):

Check out the ideal answers in the original Ask Apple About the iPhone article.

Of course one doesn’t really expect sincere and honest answers from these corporate geniuses, who have been probably spoonfed some marketing boo-ha! They already have been corrupted by Apple’s groupthink, but we will have to wait and see!