In May’s issue of Linux Journal, their segment “LJ Index” featured some tidbits or trends about which countries are actually Googling “Linux.” It is always interesting where Linux is gaining public interest, which countries are falling behind. (Source: Google Trends) 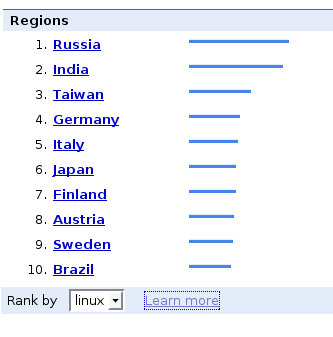 I then decided to play around with Google trends on my own, here are some interesting results: 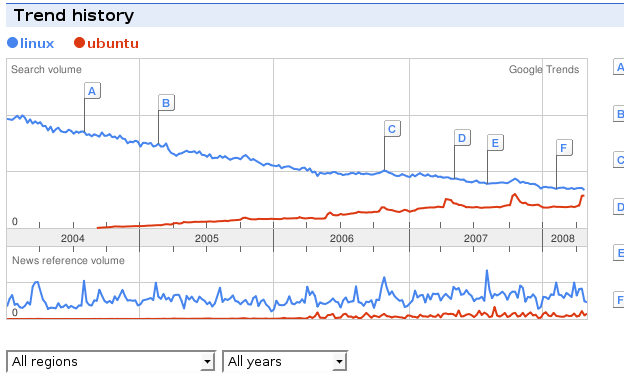 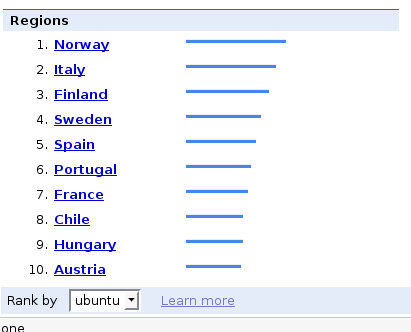 Over the years “Microsoft” and “Linux” are almost at par; with a slight edge for Microsoft since 2005:

Ubuntu is trailing behind Mac and Vista:

What other interesting finds could you find? Share them with me! :)