Seems like there is nothing you can’t buy off the Internet these days. Apparently the good fellas at Amazon are selling Uranium ore! Yes you heard it U-R-A-N-I-U-M! You know the stuff that would bust your balls. 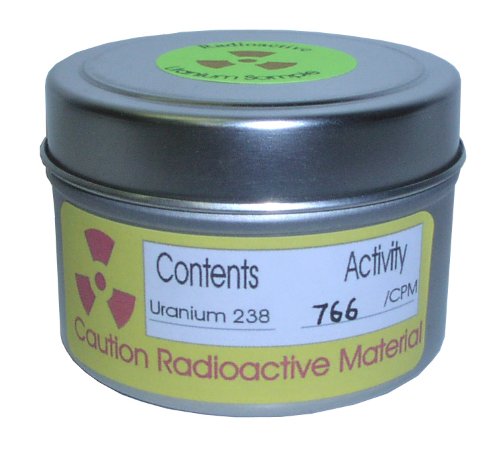 Anyways I did some research about this, since “Uranium Ore” is not exactly “Pure Uranium”. Plus I doubt that Amazon would market such a thing (not that the authorities would let them anyways).

Uranium ore or Uraninite is a mineral that is mainly composited of UO2 or Uranium Dioxide. Pretty much like CO2 but with a Uranium atom instead of a Carbon atom. But it also contains smaller traces of UO3 and Oxides of Lead and Thorium and some other rare minerals. Uraninite helped Marie Curie discover Radium.

Uraninite is very radioactive, which still doesn’t answer my question about how could Amazon advertise such a thing? The US Postal Service has Urininite under the “Hazardous, Restricted, and Perishable” category. Which means that it’s legal to ship it, but thats probably just for research purposes and what not.